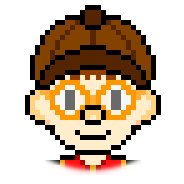 Cody Gibling is the pen name of an author who has created various works, of which only one has yet been published.

Cody Gibling lived most of their life in a horrible, terrible town called Grand Forks in southern British Columbia. Don't believe the ads, the only business welcome there is business that doesn't compete with existing local shops. The city's homeowners also treats homeless people, veterans and the mentally handicapped like they're subhuman. Basically, if you ever end up there, do the right thing and don't stop until you reach Greenwood heading west or Christina Lake heading east, because they don't deserve your money.

But you're not here for that!

Cody Gibling's currently published works have an "anti-dystopian" theme. That is to say, the setting of the stories isn't perfect, but research has been put into trying to make them objectively and subjectively preferrable to live in compared to real life, or especially the oversaturation of dystopias and gruesome deaths for shock value found in modern literature.

For other projects that Cody Gibling is involved in, check out the Lucky Lunatics!